You are here: Home / General Info

But they are also considered exotic animals.

And you know what that means: regulation!

And in the United States, this means vastly different regulation, depending on your state.

What does this mean for you?

Could you be out of luck if you want to own a chinchilla, simply because of where you live?

Keep reading to learn if you can have a pet chinchilla in every state and what the legal requirement are for owning one.

Can You Have A Pet Chinchilla In Every State?

Yes, it is legal to own a pet chinchilla in every states, as long as you did not find it in the wild. But most US states classify them as exotic, because chinchillas require special care to stay healthy.

If you own a pet chinchilla at home, you probably know how delicate and fragile these little creatures are. Consequently, they need constant care and attention from their owners.

Chinchillas are prey in the wild and require an environment free from external stressors. Stressors can include environmental conditions and potential predators that may threaten their existence.

These little rodents easily get scared, so keeping them in safe and quiet surroundings is important to help them thrive and live comfortably. Let’s take a quick look at some of the special care they require, before moving on to the legality of keeping chinchillas in various states.

If you want to own a chinchilla, there are a few things you need to pay special attention to, in order to ensure your pat stays happy and healthy.

These furry rodents are particularly sensitive to temperature and require a specific temperature range to feel comfortable. They thrive in cooler temperatures with low humidity.

That is the climate they enjoy in the Andes mountain range in South America, which they call home. And they have the densest fur of any animal to keep them comfortable in that type of environment.

This means keeping their room between 60 and 70 degrees Fahrenheit, with a low humidity. If temperatures get too hot, chinchillas are at risk of overheating,which can quickly become fatal.

If you’re keeping a chinchilla as a pet, make sure to keep it in a temperature-controlled environment with low humidity levels. Also, try to make sure it is not directly exposed to sunlight, because they are used to living in shaded areas and direct sunlight can lead to overheating. 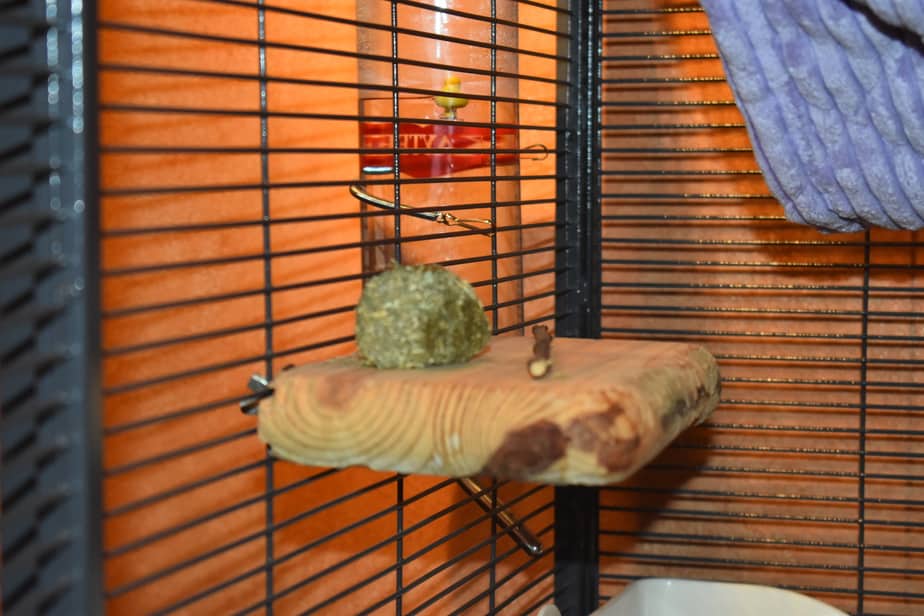 In addition to the correct climate, chinchillas require certain other essentials. You need to make sure you provide these, in order for your pet to thrive.

First and foremost, they need the right kind of food. All of the nutrition they need can come from Timothy hay and food pellets formulated specifically for chinchillas (that also usually contain hay). These two foods mimic their ideal diet in the wild.

It is also important to provide several dust baths a week. In their natural environment, there is not a lot of water. Their fur is also so dense that it does not dry well wen it gets wet. As a result, chinchillas should not get wet.

This means they can not bathe in water. Instead, they roll around in dust to clean themselves. It really works and looks adorable, too!

You need to provide the correct type of dust (similar to the volcanic dust they use in the wild) and make it available in a dust bath house or a simple bowl (an enclosed house means less cleanup).

Because chinchillas are classified as exotic animals and they require special care and needs, there are usually some legal obligations attached to bringing one home as a pet.

Do You Need A Permit To Own A Pet Chinchilla?

Certain states in the United States, like Texas, require permits to own a chinchilla, while other states don’t have any such legal obligations. Surprisingly, even California doesn’t require any type of permit.

That’s because California is usually one of the strictest states with things like this. Luckily, chinchillas are an exotic pet exception. Most states usually do force you to deal with these legal formalities when keeping many other exotic pets, like lions or tigers.

And in many states, it is completely unlawful to possess exotic animals, like large felines, bears, or venomous reptiles like certain species of snakes as pets.

It is pretty self-explanatory why these pets are declared unlawful in most US states. Nevertheless, for completeness’ sake, let’s take a brief look at the reasons states do not allow you to keep such pets.

Many states have laws prohibiting you from keeping a number of sxotic animals. These laws exist for a variety of reasons. The following are the most important.

Some of these exotic animals are endangered. The last thing an endangered species needs is an amateur pet owner who has no idea how to properly care for it. There is also too high a risk the owner will just give up and simply release the animal somewhere.

Many exotic animals require trained professionals to take care of them. Most pet owners aren’t necessarily aware of the pets’ requirements and needs. Usually, they rely on the internet to get relevant information and we all know how that can turn out.

Certain exotic pets also have needs that most amateur pet owners can’t provide. Some exotic animals require a specific environment, for example, and most homes don’t meet those requirements.

Let’s take the example of a penguin. These cute, friendly creatures are legal to have as pets in some US states, but you do need to have the necessary legal permits.

However, it won’t be good to keep these warm-blooded animals in your home, because they require cold temperatures. Unless you keep your home cold year-round, it is probably not the best living space for a penguin.

Some exotic animals are declared unlawful because they can be a danger to the owner and to other people or pets. These exotic animals include species like tigers, lions, venomous snakes and more, that can be very dangerous to keep as pets.

Amateur pet owners have no business keeping a pet that could threaten their neighbors if it got loose. I, for one, am thankful my neighbor can’t own a venomous snake. And so is my chinchilla.

Now let’s take a look at the legality of owning a chinchilla in a few select states that stand out.

Can You Have A Pet Chinchilla In Wyoming?

Wyoming state law specifically exempts domesticated animals like chinchillas, hamsters, llamas, and similar species from a permit requirement. You can own any of these domesticated pets without worrying about interference from the law.

Apart from Wyoming, almost all the other US states have declared chinchillas legal as pets. And you only need a permit in some of them, like Texas. While Texas has declared these pets lawful, owners still require a legal permit.

Are Chinchillas Legal In Texas?

Chinchillas are legal in Texas, but a permit is necessary to own one. However, pet owners aren’t usually given these permits. Government, right?

Are Chinchillas Legal In Hawaii?

Chinchillas are commonly bred as pets in many US states, including Hawaii. They’ve been declared legal in Hawaii, but similar pets like ferrets, hamsters, and gerbils aren’t.

Are Chinchillas Legal In California?

Chinchillas are legal to have as pets in the state of California, and you don’t even require a permit to own one. That’s surprising, since the California government loves permits.

Are Chinchillas Legal In Arizona?

Chinchillas, guinea pigs, capybaras and other closely related species have all been declared legal in Arizona.

What States Are Chinchillas Illegal In?

Chinchillas have not been declared illegal in any US state as of yet. No mater where in the United States you live, it is legal to own a chinchilla.

Despite being classified as an exotic animal, chinchillas are exempt from many for the legal requirements for other exotic animals in most states. Some states require you to have a permit, but that is it.

In general, keeping a chinchilla in the United States is easy to do, with only a few states (Texas stands out) making it difficult. Of course, this only applies to chinchillas adopted from a pet store or breeder. You can not catch your own in the wild and bring it into the US.