Chinchillas are a unique and loving family pet to own and certainly deserve a spot as one of the best pets a family can choose to adopt.

Chinchillas also have a unique background and history.

Where do chinchillas come from?

I’ve owned a chinchilla for more than 5 years, and naturally, I was curious about this topic as well, so I decided to educate myself.

Here’s what I can tell you on this topic.

That’s the boring but scientific and correct answer to the question.

I also want to touch on other fundamental questions and have a bit of chinchilla history time today. 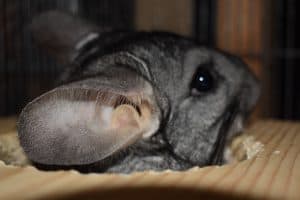 Here’s what I intend on covering in today’s post:

As stated previously, if you need to jump around, feel free to use the links directly above.

Otherwise, if you have 2-minutes, relax and check out the meat and potatoes of this post.

Here’s what you need to know.

Where Do Chinchillas Come From, Chinchilla Origin and Natural Habitat

As stated previously, chinchilla’s have two species and are from the Andes Mountains in South America.

Chinchillas are known to run in herds and are used to high elevation.

An interesting fact to know is that chinchillas have the densest fur of all land mammals.

Chinchillas do their best to survive in the wild by hiding in dark places such as between rocks.

Chinchilla herds at one point in time could range from 14 chinchillas all the way up to 100.

Where Do Chinchillas Live in The Wild?

Chinchillas in the wild must get creative in order to survive.

They are heavily hunted species by other predatory animals.

For quite some time, even us, the humans, use to hunt chinchillas specifically for the ability to create beautiful soft fur coats.

Chinchillas have unique abilities to jump.

Additionally, they can climb and run relatively fast.

This helps in some fashion to remain safe, but in the wild, chinchillas must live and hide in areas such as crevices of rocks and other dark and tough to access places.

Any of us who own a pet chinchilla can likely state that this behavior shows quickly, and our pet chinchillas are also masters of finding clever places to sit and hide.

It naturally makes them feel safe and how their brains are programmed to operate.

It’s one of the reasons that nesting boxes inside of an adequately sized chinchilla cage are so essential.

It helps them feel as if they have a safe and dark place to relax in the case; they begin to feel stressed.

Many pet chinchillas will even decide to sleep inside of their nesting box as opposed to something like a chinchilla hammock.

I have a post about choosing one of the best chinchilla hammocks here if you need further information on that topic.

In 2019, chinchillas are listed as “endangered” but are no longer considered “critically endangered.”

At one point, chinchillas were at a point of near extinction due to the heavy hunting.

Don’t worry, my friends, domestic chinchillas continue to remain a popular family pet and continue to be bred with frequency.

When Did Chinchillas Become Endangered?

Chinchillas became endangered for the two reasons we have already discussed in this post.

First, they are the hunted species in the wild.

A Chinchilla falls at the bottom of the food chain.

Additionally, chinchillas were hunted for their dense fur in order to create coats and other clothing for more than 100 years.

It’s a sad story for us that owns one of these friendly pets, but it’s the truth.

How Many Chinchillas Are Left in The Wild?

No data is currently available for how many chinchillas remain living in the wild.

The most accurate data available is that over the past 20 years, the population of chinchillas has decreased by 36%.

However, many states that the population is beginning to slowly recover in certain regions of the world due to now being a protected species and reproducing.

Do We Still Hunt Chinchillas?

No, chinchillas are not legally hunted due to be a protected species.

However, we can’t accurately give numbers as to how many individuals still illegally poach chinchillas for their fur.

It’s also great news that reputable and ethical domestic chinchilla breeders will likely be around for the foreseeable future.

Chinchillas are social creatures that deserve a great home.

They are affectionate, and if you are currently on the fence about adopting a chinchilla soon, I highly recommend it.

How Do You Feel About Chinchillas and Their Prior History?

Do you have any other facts to share with the readers or any comments to pose to the community?

As always, Chili and I appreciate you stopping by.

Thanks again, and we will see you next time.